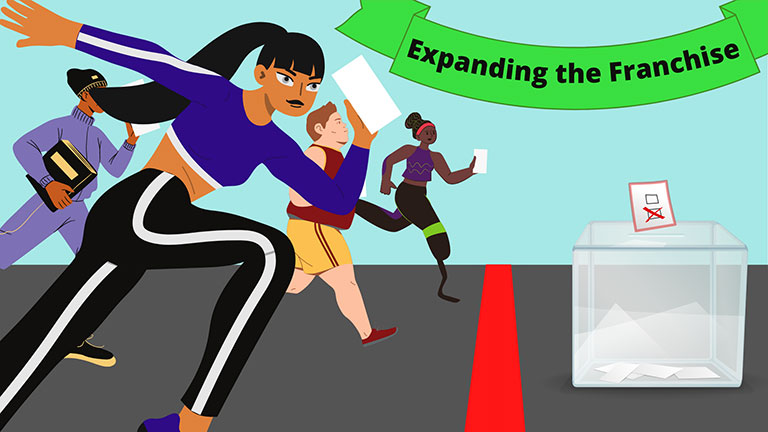 With Good Reason · Expanding The Franchise

Dwayne Betts was only a teenager when he was convicted of carjacking and sentenced to 9 years in prison. Today, he’s an acclaimed poet and PhD candidate at Yale Law School. He recounts his inspiring story and brings attention to one of the biggest civil rights issues of our time: felon disenfranchisement.

Later in the show: Think immigrant voting is un-American? Think again. Ron Hayduk says it’s as American as apple pie. Plus: We take for granted that 18 is the voting age. But it wasn’t always this way. Rebecca DeSchweinitz explains how the Vote 18 movement led to the Twenty-Sixth Amendment, lowering the voting age from 21 to 18 in 1971.

It’s Time to Understand the History of Black Voting Rights

Who Gets to Vote? A Discussion of Voting Rights Today