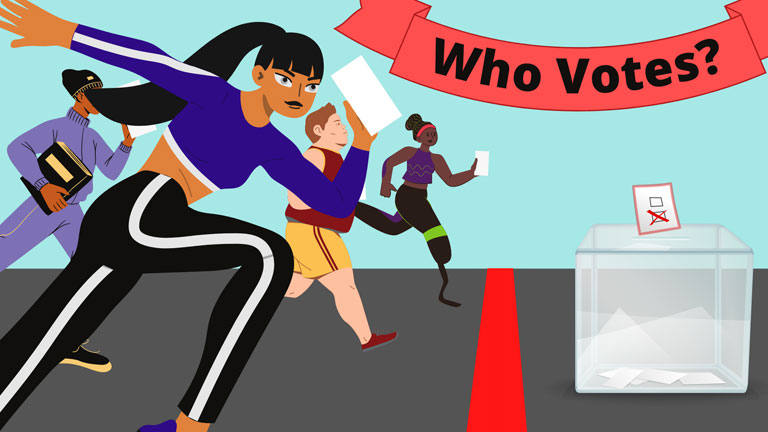 With Good Reason · Who Votes?

Remember those twelve months where every ad was asking you to vote? It was inescapable. Gilda Pedraza and her team worked around the clock to ensure Latino voters in Georgia had the information they needed to cast their ballot. But even with historic voter turnout, a third of eligible adults didn’t vote. Bernard Fraga says that’s a political failure, and not the failure of individual voters. Plus: Kathleen Hale and Mitchell Brown have spent years traveling the country talking to election officials. Why they say this past election has forever transformed the voting process in America.

This Is Your Democracy: Essays on Civic Engagement